TV Purchasing Guide | Which TV You Should Buy IPS Vs VA Panel| ELED Vs DLED Panel | What Is A+ Grade Achromatic Panel?

Buying A TV? Read This Article

If you are on the way to purchase a TV for yourself, then you have landed at the right place. This article will equip you with adequate knowledge regarding buying the best TV for yourself. It is in two parts as it is too lengthy. 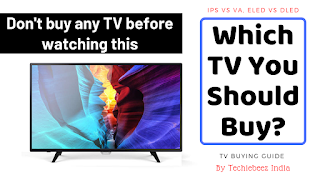 If you wish to watch this video in Hindi or English language, you can go to our YouTube Channel, Techiebeez India. Its link is there below this article.

First of all, it is very important to understand the basic difference between an IPS and VA panel, so that you can decide the type of panel, which suits your needs.

Many people come asking me whether they should buy an IPS panel or A+ grade panel. So here, I would like to inform them that A+ grade is not a panel type, it is an extra speciality related to any panel, whether it is IPS, VA or any other panel. Both IPS or VA panels can have A+ grading.

If any panel is A+ achromatic, it means it is a good quality panel. Achromatic means 'no colour'. During the manufacturing process of such an LCD, its base panel is made out of a transparent material, which does not have any colour of its own. These A+ panels have minimum colour deviation because of which the colours in such TVs are more or less accurate. It means A+ grade panels have realistic colour reproduction. 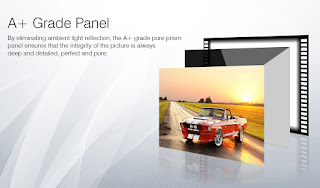 Achromatic Zero colour panel is pretty difficult to manufacture and only a few pass through the test.

VA panel has much more deep blacks than an IPS panel. In an IPS panel, the blacks appear more or less grey in shade. In a bright, fully illuminated room such as a showroom, you will not realize this fact, but if you are watching an IPS panel TV in your bedroom, where the light is dim, this fact will be apparent to you. And here, I would like to emphasize upon the importance of blacks in a TV. The more the blacks are deep in a TV, the better is the picture quality as all colours pop out in a dark background.

The contrast ratio of any TV plays a major role in enhancing the picture quality of a TV.

Because the overall contrast and black levels in a VA panel TV is better, the picture quality of such TVs is better than a TV having an IPS panel.

Even the uniformity of blacks in a VA panel is much better than an IPS panel.

So, if your emphasis is more on the picture quality of a TV then you should certainly choose a TV with a VA panel, preferably an A+ grade achromatic panel.

Now, let us talk about the pros of a true IPS panel. The viewing angle of an IPS panel TV is better than a TV that has a VA panel. However, in many budget TVs having IPS panel, I have not liked the viewing angle. In fact, many VA panel TVs have better viewing angles than these TVs. Even the very best IPS panels show degradation in brightness when watched from sides. While on the other hand, VA shows degradation in colour saturation when viewed from extreme angles. So, in both these panels, there is some or the other problem when viewed from the side. None is perfect. 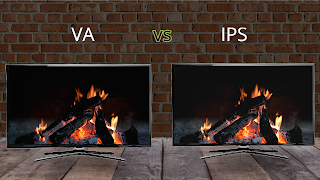 The response time of the IPS panel is better than a VA panel because of which TVs having IPS panels are more suitable for gaming than TVs having VA panel.

If you are buying a TV, basically for gaming, then go for a TV having IPS panel. IPS panel TVs are also appropriate for places where they have to be kept in halls where they are to be viewed by people sitting at different angles.

If you want a TV mainly for using it as a monitor then too, go for an IPS panel as its response time is better than IPS.

So before deciding upon a TV, you have to finalize your priorities. If you need to watch the TV in a dimly lit or dark room then go for a VA panel TV, but if you will watch it in a fully-illuminated room where people would be sitting a different angle, then go for a TV that has an IPS panel.

Now, coming to the difference between TVs having ELED and DLED backlighting. 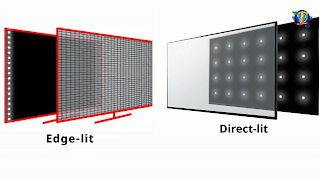 In ELED TVs LEDs are aligned on the edges of the TVs, whereas, in DLED backlighting

LEDs are distributed on the back surface of the screen. The performance of different TVs varies depending on the quality and quantity of LEDs used.

Some budget companies, though declare their TVs as DLED, we never come to know the number of LEDs used in them. They might have used just a few LEDs. So you need to understand that the name DLED does not give any TV a certificate for good performance.

Full Array backlighting is considered the best amongst all DLED backlighting. In that technique, LEDs are distributed generously on the entire back surface of the screen due to which these TVs display perfect local dimming. 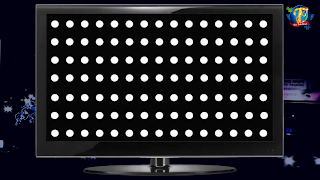 Local dimming is a technology that illuminates the picture according to the demand of the scene. Where ever there are bright scenes, there, the LEDs get switched on, wherever, there is a need for low light, the LEDs of that area in the picture get dimmed. While the place where absolute darkness is needed, there, the LEDs get switched off. This way you get to see a scene in its absolute reality. The way it is shot. 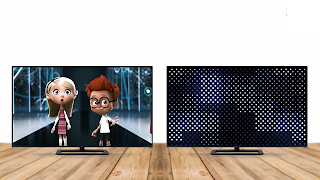 TVs exhibiting good Local Dimming give you clearer details. These are the TVs in which HDR10 and Dolby Vision contents are displayed with utmost clarity. Local dimming is successful only in those TVs that have more numbers of LEDs distributed over the entire back surface of the screen.

As companies do not reveal the number of LEDs used in any TV, the picture quality is the only parameter to judge its hardware.

A TV that has deep blacks, and which remains fully illuminated in the brighter part, is gauged to be displaying effective local dimming. 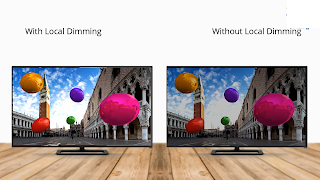 In the same manner, there is also a difference in ELED backlighting. Quad Edge-lit TVs are far better than DLED budget TVs that use lesser numbers of LEDs as Quad LEDs have LEDs on all four edges of the TV. That is why EDGE-LIT TVs of Sony and Samsung give better performance than many budget DLED TVs. These companies use high-quality LEDs on all four or three sides of their high range TVs.

On the other hand, budget ELED TVs might have LEDs only on one or two sides of their TVs, which affects its 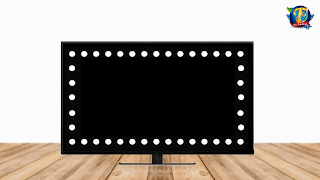 If few LEDs have been used in any TV, its life will be short. If even one LED gets shot, the TV will get dimmer.

Unfortunately, barring a few, none of the TV companies reveals the secret of the LEDs used in their TVs.

TVs that have more number of LEDs will have better brightness and contrast in them.

In my next article, I will talk about more parameters on which our TV buying decision should be based. Apart from this, I will also give you tips to enhance the durability of your TV.


Link to the second part of this article - https://www.theindianobserver.com/2019/07/dont-buy-any-tv-without-reading-this-tv.html