Recently Motorola and Mi both have launched their TVs, which will go on sale from September 29th on Flipkart. Many wanted to know my views on these newly launched TVs, apart from enquiring whether these have the potential to beat the Vu Premium Android series' TVs or not. In this article, I will try to give answers to your queries. I will also be apprising you of the pros and cons of these TVs so that you can decide yourselves, which TV to choose from amongst these three. 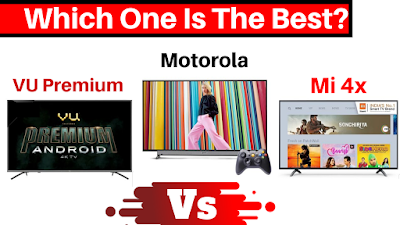